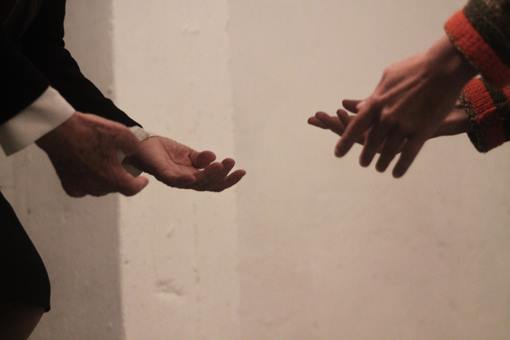 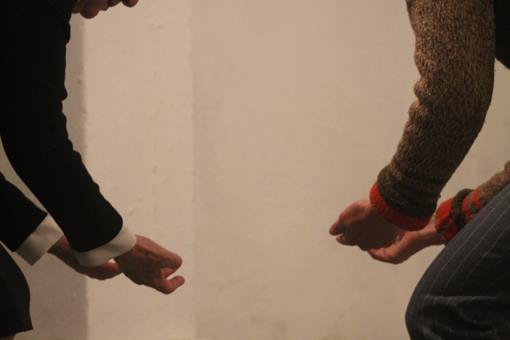 Mother and daughter look at each other, as in a mirror. They are close and distant at the same time.
They share probably the most ancient bond of all, the biological tie. And yet, since the very beginning, they are two distinct living beings, similar but different.
Their encounter takes place in an empty place, an unplanned, not premeditated one: they are guided by a certain frame of mind, alert listening, and the perceivable wish of leaving each other some space and time.
A special inner energy leads their movement, with a suspended slowness, beyond the borders of their bodies and intentions, through unknown places, different each time.
The performance was created in 2011 in connection with the video-installation MADRI E FIGLIE.