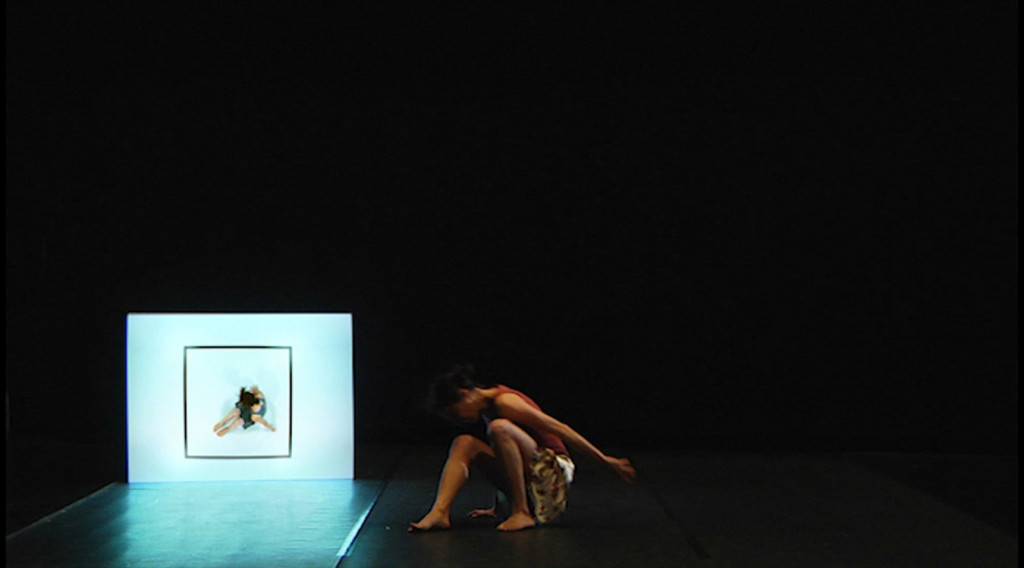 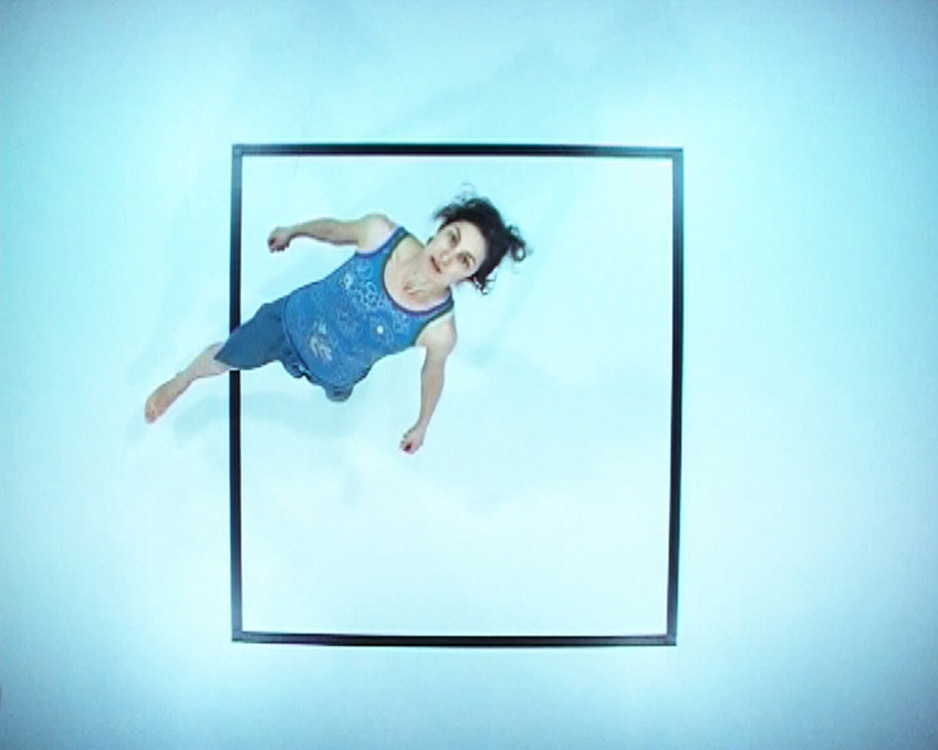 The performer has a definite task: to move in sync with a pre-recorded video of her performance, projected on a small screen. The performer’s actions consist in a series of ‘physical materials’ (fragments of mouvement repeated during a certain time) put in a sequence from ‘zero’ until number ‘x’.
A sound score consisting of the instructions given by her own recorded voice helps her in the task, giving the rhythm and the length of actions and transitions. The variation between in and out of sync is the result of the joining between an accomplished object, the video, and an object in continous becoming, the performance.  Like a dream in the dream, a continous circuit takes shape: the body engenders its own image which, in turn, determines it.