ARBITRARIA is a urban performance designed by the avant-rock band Casa and dedicated to John Cage, which reads in an alternative way, the concept of improvisation.
ARBITRARIA reassesses the role of the random choice: the actions of four musicians are determined by information paper drawn randomly from a performer. The performer produces a body improvisation for the two-minute duration of the music that he helped to evoke.
The performers of contemporary dance workshops VOLL participate in the event. 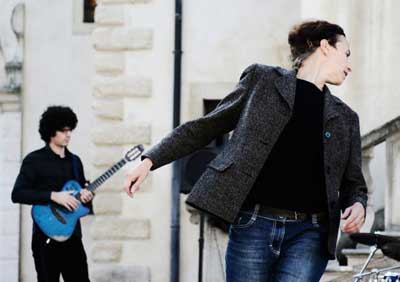