HERE YOU ARE
Next
Prev

During the inauguration of the festival F4 / un’idea di fotografia, Jennifer Rosa has premiered HERE YOU ARE, a live performance with the production of photographic series.

The performer moves in the total darkness of the stage, performing his own physical score.
The light switches several times, surprisingly; it is a signal of a few moments ripping the performer from the action that the public would like to see and forcing him to immediate delivery: being portrayed in front of the camera.
The performer do not have the time to choose or to be judged. His former position is the point of convergence between his eyes, the viewer and the camera, in a present unprepared and instantaneous. 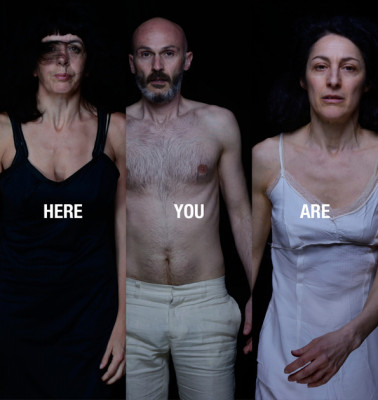