GEMELLI
A DIFFERENT YOU
THE FOLLOWER 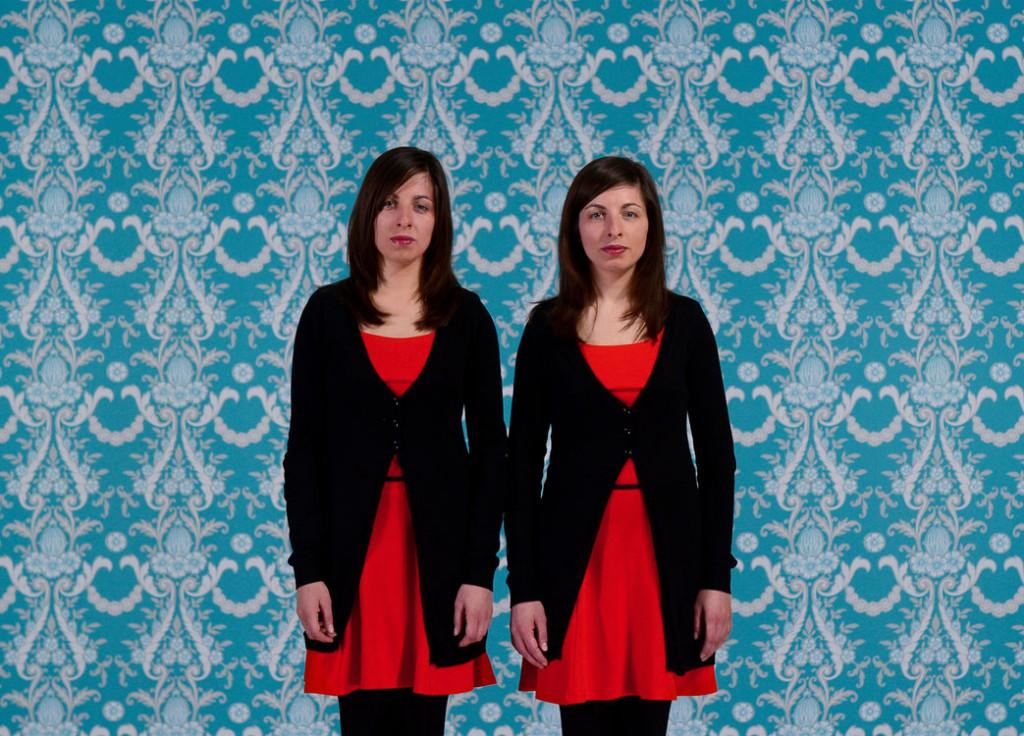 It is a serial video-photographic work. We asked twins of various age ranges to pose side by side before a backdrop for 16 minutes, without doing anything at all in this timespan. At a pace of one click a second, we took a thousand photographs, which were then edited into a short film of 1 minute and 40 seconds. The clicking device is automatic and during the pose the subjects are left alone, in silence, in the room.
The tasks create a suspended, unnatural situation, one that is hard to sustain. Each subject is led to live a shared emotional experience with his/her twin: the video is a concentrated account of their special bond. GEMELLI (twins) continues the series which started with  MADRI E FIGLIE (mothers and daughters), where we focused our attention on the family portrait by choosing our subjects on the basis of their kinship.