L’ORA
SURVIVOR
HERE YOU ARE 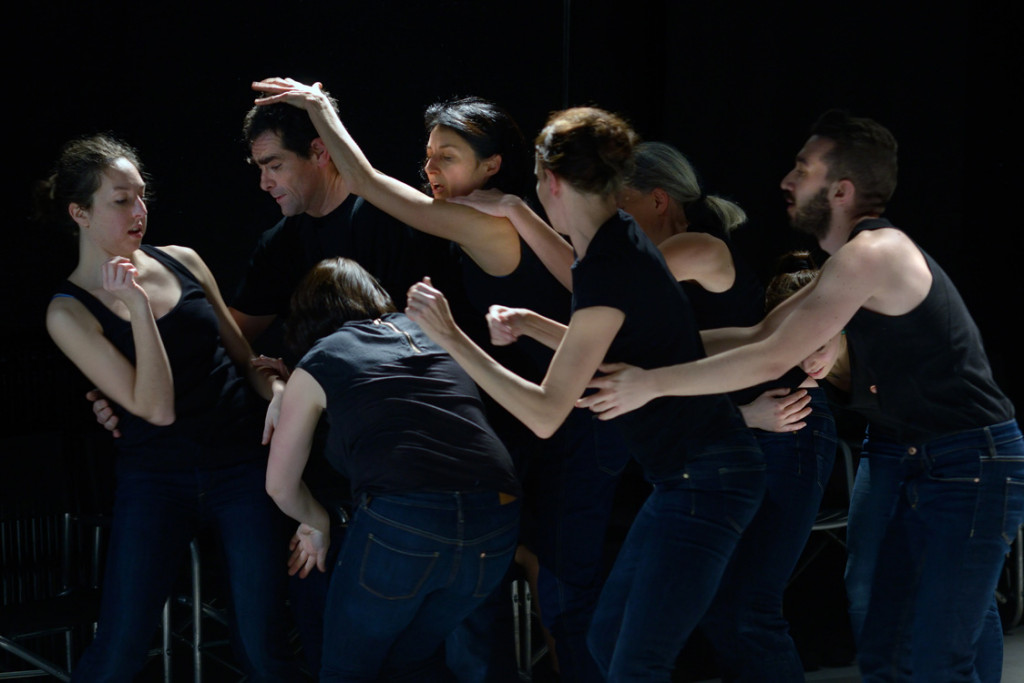 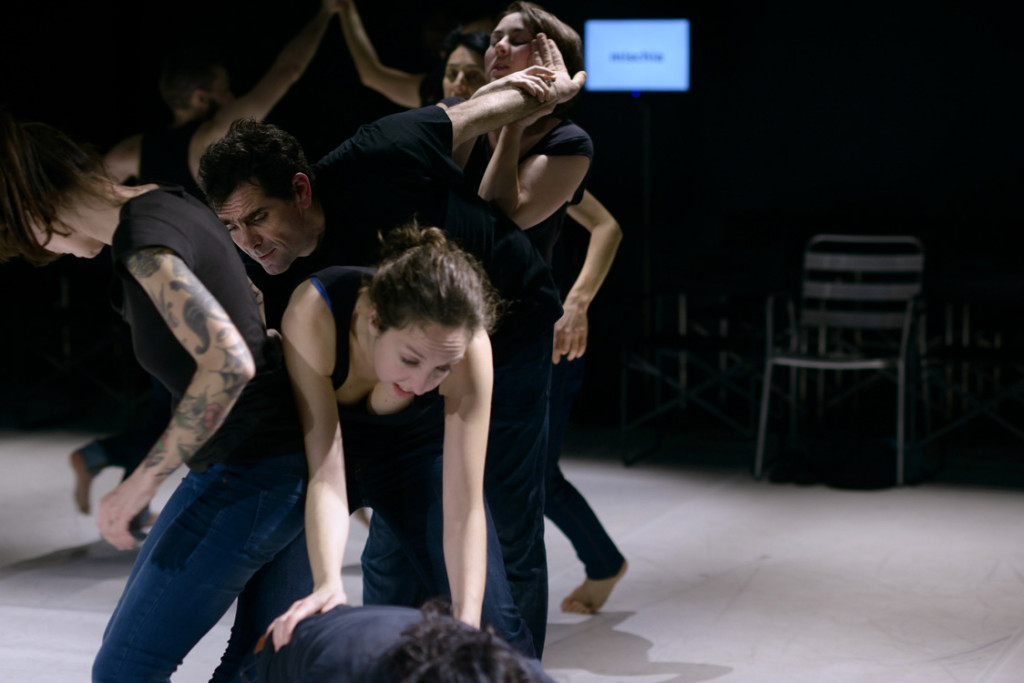 L’ORA expresses a practice of the happening, here and now.
The performers have a repertoire of 17 actions, distinguished by specific words.
The structure of the performance is based on casuality and depends on an electronic device. By means of an electronic random selection method, varying its result each time, the device makes decisions in real time.
It chooses the order in which the performers should execute the actions, the duration of each action – from a minimum of 10 seconds to a maximum of 4 minutes –, the duration of the interval between an action and the following one.
As a consequence, the performers never know what action they are going to perform nor for how long.
In the total duration of one hour, each action could be drawn more than once or even never.

Fragments of utterly concrete actions mark the ryhthm on stage, between waiting moments and raids into the space, between perimeter and mass, between emptiness and chaos, silence and din. What emerges is pure lived experience, in a state of alert and complete openness to the present. Practicing the unexpected, the emptying, the unresolved, the inappropriate, being welcomed and supported while on the verge of subsidence, in order to achieve a quality of presence that is deeply human: a surplus, something overflowing, going beyond the parameters of what is scenic and correct, to become part of life. Exposed fragility.