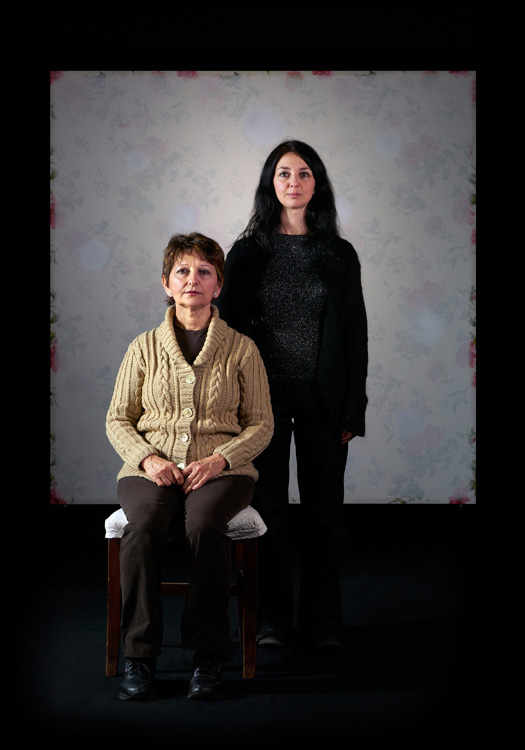 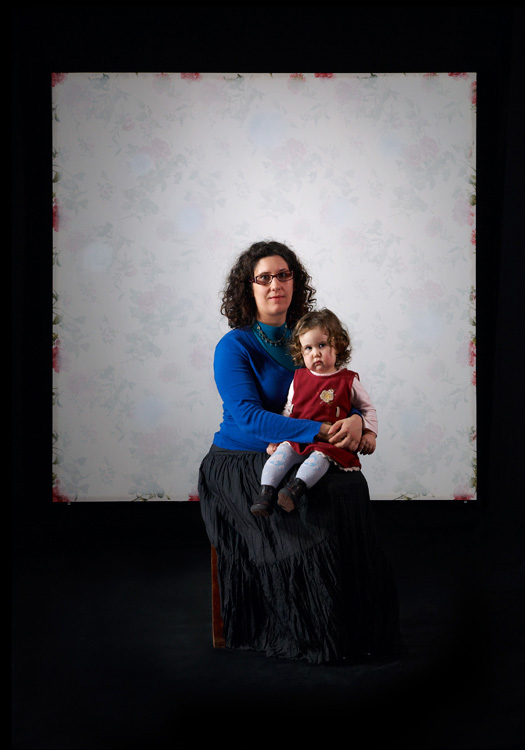 It is a serial video-photographic work.
We asked about 40 couples of mothers and daughters of all ages to pose for a whole-length portrait before a backdrop for 16 minutes, without doing anything at all in this timespan.
At a pace of one click a second, we took a thousand photographs, which were then edited in a short film of 1 minute and 20 seconds. In a suspension similar to photography, each portrait includes the time of the being, of the presence. The people portrayed make a sort of little dance, made of breathing, blinks, micro-movements of the face, of the head, small fluctuations of the posture. Unconsciously they dance their being.
The family tie and the rapport of descent give the spectator the possibility to catch resemblances and differences and to sense the pecularity of every tie.
Each portrait evokes a condensed present but also the becoming in which both women are thrown, the meeting of the limit, the flowing of life that connects and separates the daugther from the mother.