OFF SHORE
IN MARGINE SOSPESO
OFF SHORE_lato b 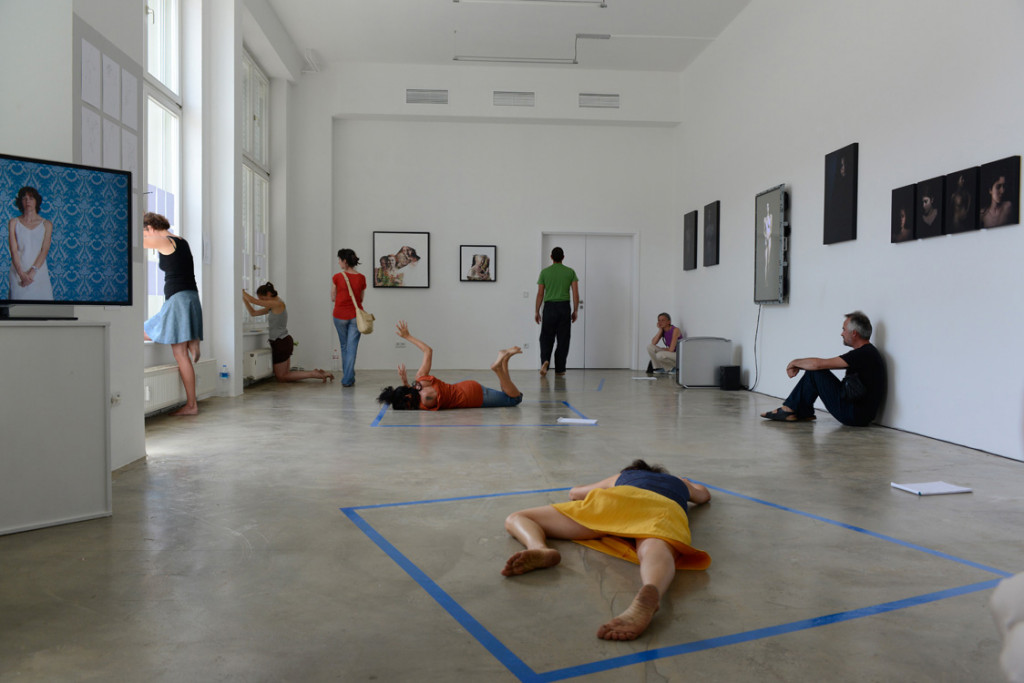 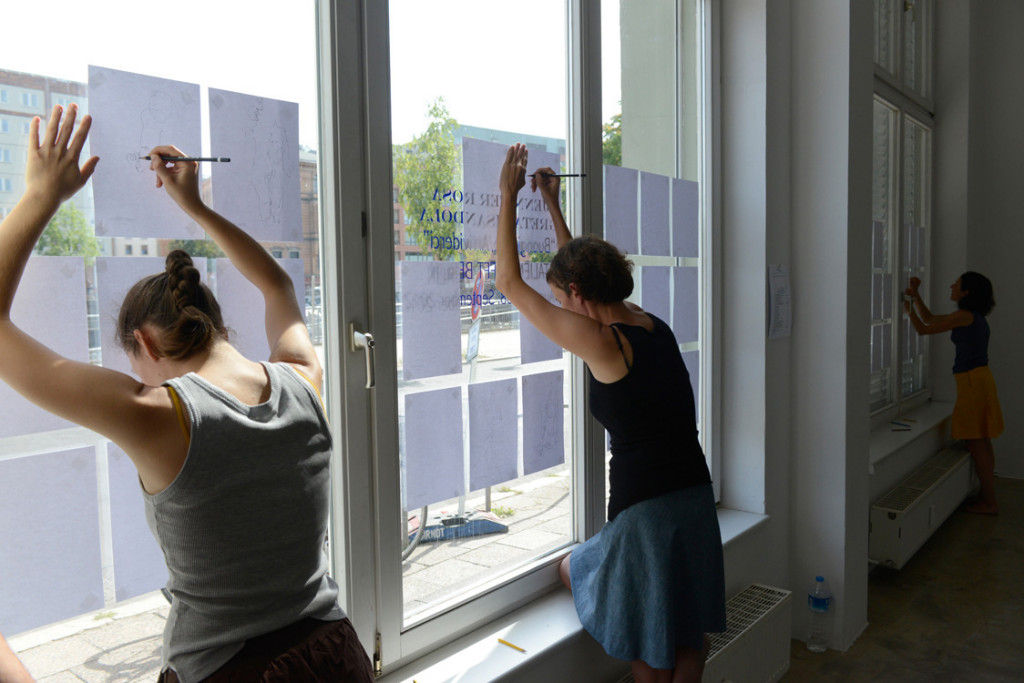 OFF SHORE has no beginning or end declared; every performer acts in relation to a square marked on the ground in a space shared with the audience.
Beyond the accepted and recognizable figure, every performer composes a self-portrait through an exercise: the execution of a series of numbered materials corresponding to different physical, mental and emotional states.
A live drawing determines the random sequence of the actions performed, to compose a biography – detailed and always incomplete – of the presence and of the corporeity.
The physical materials evoke an experience lived elsewhere: they come from a collective training, where every perfomer, after having being acted by the others, retained and reworked a certain number of actions: the basic elements of his repertoire.

Many blank sheets hang on the walls: the performers draw with closed eyes the contour of their body, recreating its anatomy and revealing its imaginary texture.
The phase-shifted result corrisponds to the random sequence, to the figure of an unpredictable body, but essential and concrete.

«The purpose which guided him was not impossible, though supernatural. He wanted to dream a man; he wanted to dream him in minute entirety and impose him on reality.»
J.L.Borges, by The circular