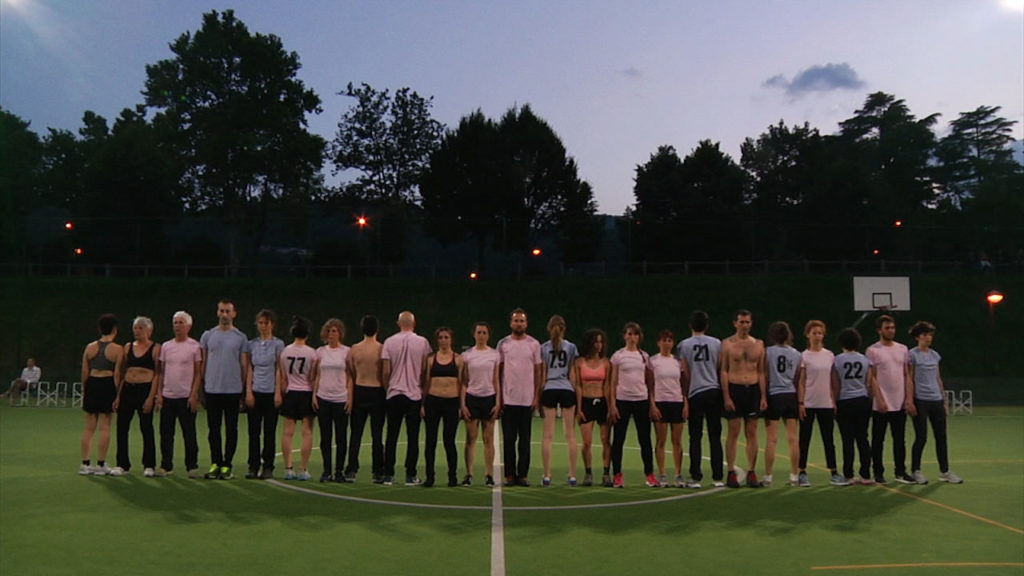 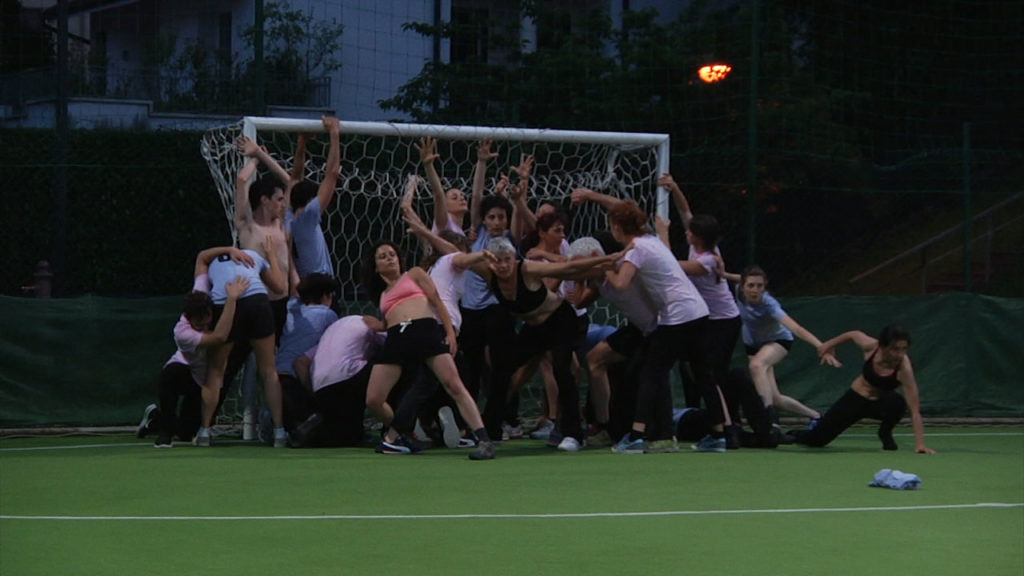 The performance displays an analogy between sport and performative acts.  Spectactors will recognise several elements which are typical of team sports, especially football and rugby: two teams with their captain; the beginning and ending rituals; the role of the referee and supporters; an unsparing physicality; tension and suspense; actions implying strict rules which produce a different choreography each time.
Compared to sport challenges some key elements are lacking, however, such as the object – the ball – that gives meaning to the actions of the players, and the struggle for victory: the logic of competition is missing, there are no rivals to beat, no losers or winners. At the end of the “match”, as stated in the Dodo’s verdict following the race in the third chapter of Alice in Wonderland,  “EVERYBODY has won, and all must have prizes”.